How long after the death of a person should a funeral take place in Islam? Are Muslims buried in coffins? Why are Muslim women discouraged from attending funerals? These and other questions can often be seen on the Web from curious users who want to get acquainted with the culture of Islam, as well as find out what funeral rituals among Muslims exist.

Muslim traditions regarding the death and burial

In various parts of the Muslim world, there are many local traditions regarding the death and burial of a person. Therefore, today, speaking about funeral rites, we will focus mainly on those that are directly prescribed by Muslim law, the most common and used in Muslim communities, regardless of their origin. Let's consider the important rituals in Islam.

When a Muslim feels the approach of death, he needs to turn on his side and turn his face to the Kaaba. The last speech that the faithful in this world should make are the words of the Kalimat-Shahdaat prayer.

If the dying person is so weak that he/she cannot pronounce the words of the prayer on his/her own, his/her closest relatives can do it for him/her. Thus, it is important that this prayer be the last thing that a person will say or hear before his/her death.

Immediately after the onset of a tragic event, a number of actions are performed over the body:

All these procedures are carried out in the first hours before the onset of rigor mortis.

When is funeral held in Islam?

According to Muslim law, the funeral of the deceased should be held as soon as possible. If death occurs in the morning, then the funeral is held before sunset. If the person died at lunchtime or later, then the burial can be carried out the next day. It is not recommended to wait more than 24 hours after death until burial. Therefore, very often people are buried near the places where they died, even if they did not live in this place and were not in any way connected with it during their lifetime.

Researchers point out that the order of rapid burial is due to the geographical and climatic conditions in which Islam originated and developed. In conditions of high temperature and desert climate, decomposition processes begins very quickly in the body of the deceased, which, together with the development of bacteria, posed a threat to the health of members of the local community. A quick burial was supposed to protect the body of the deceased from decay, as well as his family, as well as the community, from disease.

According to popular tradition, it is also believed that postponing the funeral can make it difficult to separate the soul of the deceased from the body. Because of this, her wait is extended until she reaches the promised paradise. Therefore, it is advisable to quickly organize and conduct a funeral.

Preparing for the final journey

However, before the funeral, it is necessary to perform a number of mandatory actions related to the preparation of the body of the deceased for burial.

First, before burial, the body of the deceased should be thoroughly washed. This should be done by the closest family member of the same sex as the deceased, so that even after death the intimate relationship of the deceased is protected from prying eyes. An exception is the case when the woman's husband dies, and he has no close male relatives - then the responsibility to prepare the husband's body for the funeral passes to the wife.

If there is no family member to properly prepare the body of the deceased for burial, Muslim communities often have specially trained people who can advise relatives on how best to cope with burial responsibilities.

Secondly, having washed the body, it must be wrapped in a white shroud. In the Muslim tradition, wooden coffins are not used. Instead, a white piece of linen is used to wrap the deceased's washed body. And again - this is most likely due to the realities in which Islam was born. In the arid desert climate, most people considered wood to be an expensive and not so widely available commodity, so the dead were buried directly in the ground or in the sand. In addition, when wrapping the body with a shroud, do not forget to properly cover the intimate parts of the deceased's body. 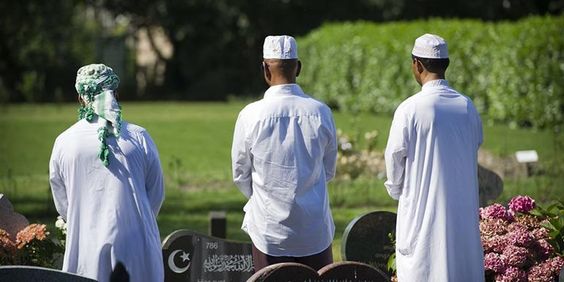 According to legends, when preparing the body for burial, one should pray and ask for God's mercy to the soul of the deceased and to one's own soul. In some parts of the Muslim world, such prayers are held before the funeral in the home of the deceased's family thereby giving family and friends time. to say goodbye. Farewell to the deceased for men and women is usually held separately.

Later, the bodies of the deceased are taken to the cemetery and placed in the grave. Muslim law requires that the deceased be buried in earth or sand. Cremation is not recommended so that the body required for resurrection at the Last Judgment remains as complete as possible. Muslims lay their dead in the graves on their right side facing Mecca. This is done in order to help the deceased resurrect on the Day of Judgment and immediately determine the direction in which he should go after awakening.

Commemoration of the deceased

Neighbors prepare a memorial dinner for the deceased or order them to take away. The family itself is in grief at this hour. The purpose of the memorial meal is to honor the memory of the deceased, not to eat. Therefore, small amounts of sweet dishes are put on the table, sometimes pilaf is served. Thus, they wish the newly departed a sweet and satisfying afterlife.

However, the veneration of the dead is still prohibited, since these are pagan, not Mus

Traditionally, women are strongly discouraged from participating in rituals in cemeteries, as funerals are supposed to be conducted in silence, without loud yelling or crying. Since women are considered the main culprits in crying at the grave, they are encouraged to stay in their homes or be outside the cemetery walls. 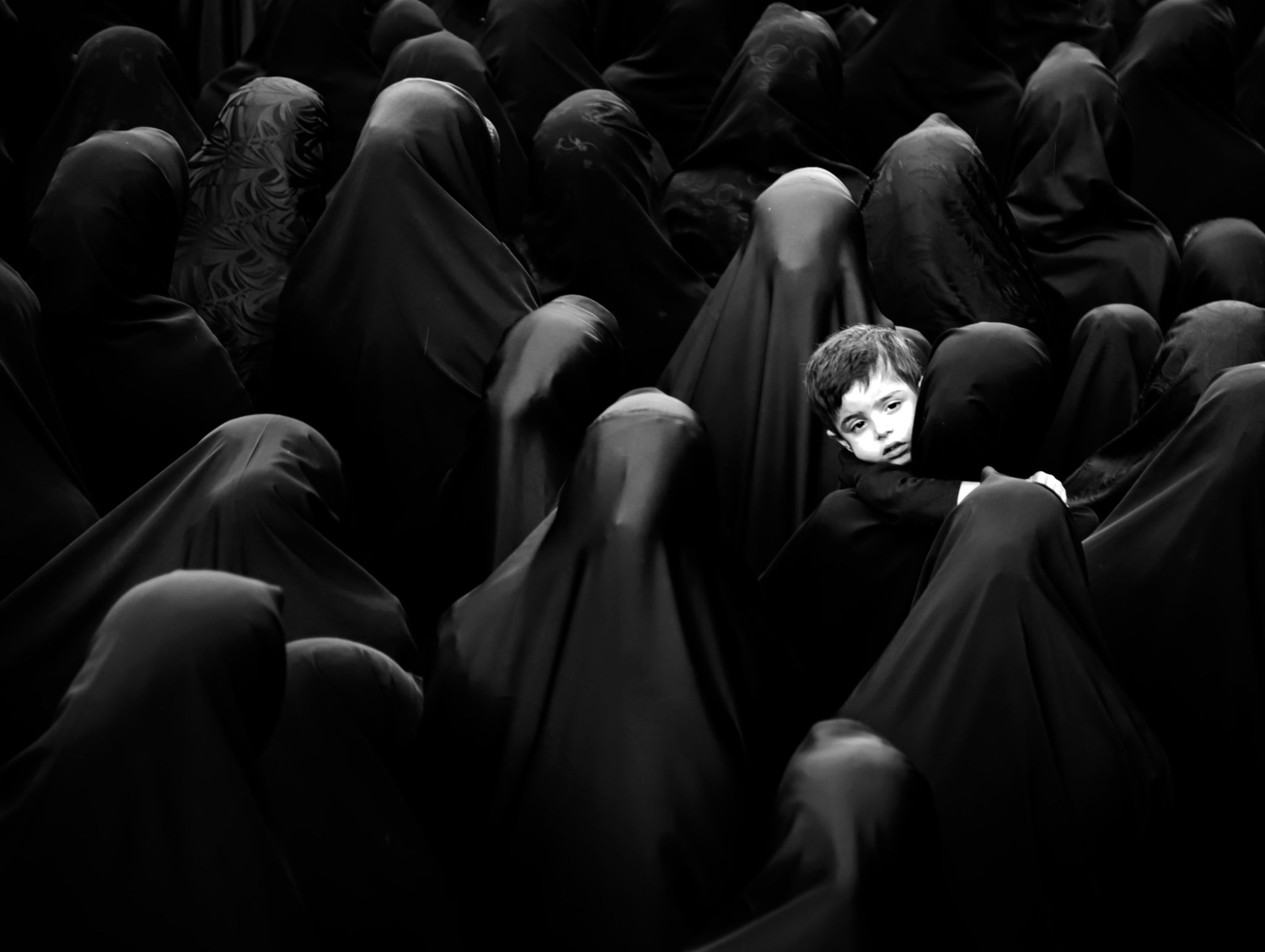 When the body is covered with earth - traditionally the family of the deceased throws the first three handfuls of earth on the body - prayers are said, most often led by the local leader of the community of believers. Due to the modesty of Muslims at funerals, most Muslim countries do not use flowers or candles to decorate their graves. Likewise, headstones should be simple and not attract the attention of outsiders with excessive decor.

Muslims do not welcome luxurious and rich monuments on the graves. They bring discord into the Kingdom of the Dead. Most often you can find gravestones with tops like the domes of a minaret. The modest tombstones are metal cone structures topped with a crescent moon.

The dates of the life and death of the deceased are engraved on a stone or tablet. As additional images, you can see floral motifs, oriental ornaments or extracts from the Koran in Arabic script. On the tombstone of a woman with many children, you can see a carved bouquet of flowers. The number of buds represents the number of children.

In the old days, the imams treated the drawings of people and animals extremely negatively. Now an indulgence has been made for the placement of photographs on grave monuments.

Another way to pay respect to the deceased is to install a sharpened sarcophagus. Such tombstones are not condemned by Islamic authorities.

Attitudes towards suicides in Islam

Islam has a very negative attitude towards suicides. A true Muslim will never dare to end his life willingly. However, the burial ceremony, as well as the allocation of space in the cemetery for suicides, is carried out in a general manner. Previously, Janaza namaz was not performed on them. Today, a person who has committed a crime before Allah is not guilty before people, therefore he is held accountable before God. As for the living, they should pay him posthumous honors, like everyone else.

What is forbidden for Muslims?
Rules of Conduct for Tourists in Islamic Countries
The main holidays of Muslims
Cosmetic
Fashion
Podcasts