Many non-Muslims who visit Islamic countries are surprised to see men moving beads suspended from a rope. They do this regardless of the situation or location. They can fiddle with rosary beads at the coffee table when discussing business and politics or on the way to the obligatory prayer in the mosque. Muslims very often use beads strung on a string, which we call rosary. However, this definition is not entirely correct in technical terms. For example, a fixed number of rosary beads tied together is a special prayer tradition for Catholics. In this context, it can be noted that the prayer cord with rosary is used not only by Muslims but also by representatives of other religions. 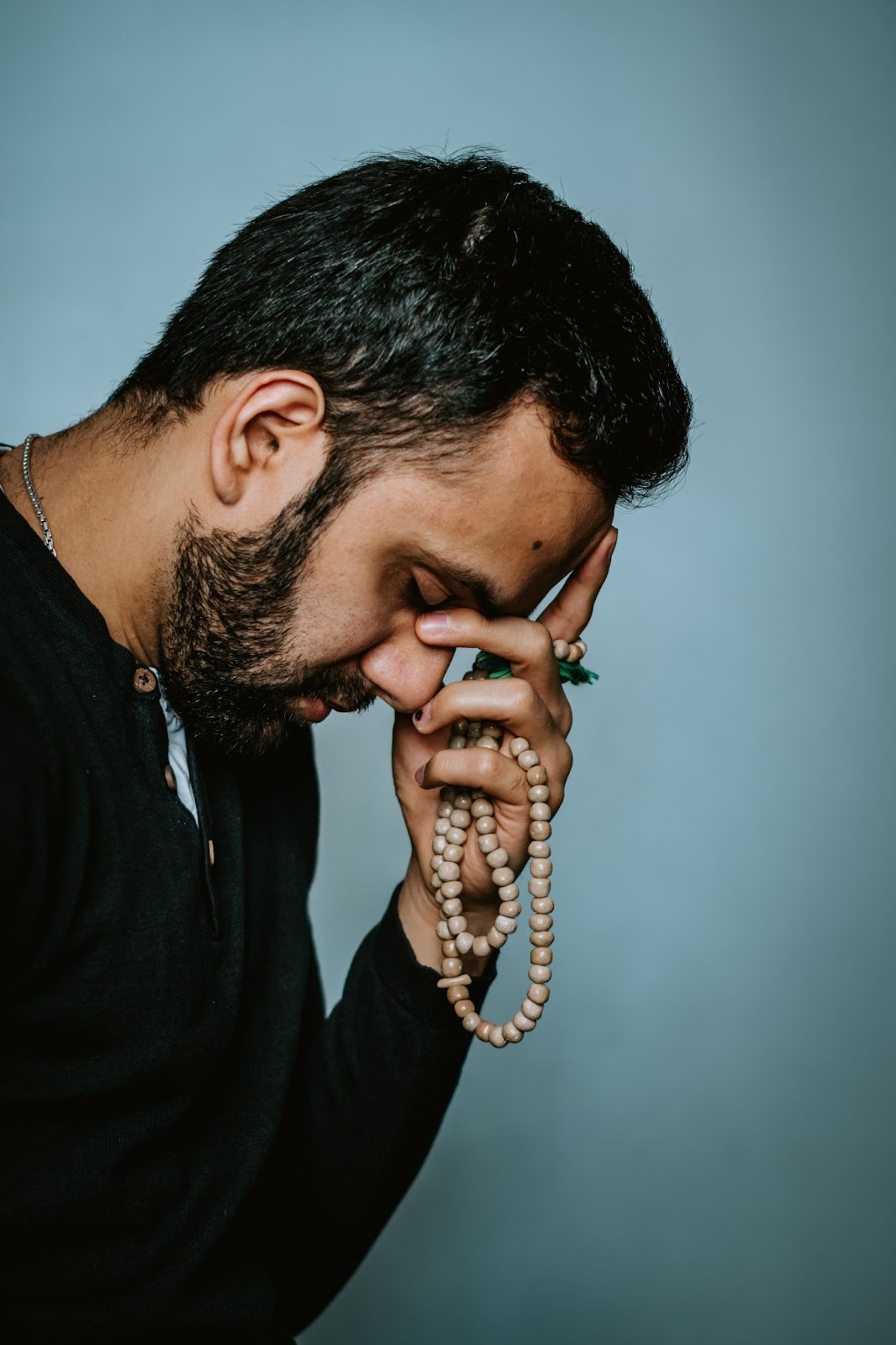 What are the names of the Muslim rosary?

Each of these terms has the same source - Sabbah or worship of God. Thus, Islamic prayer ropes are originally a tool for glorifying the Creator. It is a tool that is used to make a person aware of God's presence in the world. Islamic prayer beads remind people of the laws of God.

History of the Muslim rosary

It is generally accepted that the Muslim prayer thread has its origins in the Buddhist tradition. It was supposed to be transferred from India to Western Asia, and then spread to almost the entire Islamic world. There is also the thesis that Muslims adopted this form of prayer from Christian monks living in the East, who in their liturgy prayed the litany of the beautiful names of God using a rosary suspended from a rope. After conquering the territory of the Middle East, Muslims appreciated this type of piety and adopted it in a modified form.

Before Islam hung beads on a rope, rosaries were made using stones, date seeds, and other items. Prayer beads can be made from wood, bone, pearl, silver, or any other suitable material. Plastic beads are the most common today. Prayer strings acquired during the pilgrimage to Mecca are of particular importance to the Sunnis. Shiites, however, attach great importance to the cords from Karbala, where the grandson of Muhammad Hussein was buried. Most often, beads made of local clay are decorated with red to express the memory of his martyrdom.

Because Muhammad did not use a prayer rope, radical Muslim conservatives (mostly Wahhabis in Saudi Arabia) prohibit using a prayer rope in any form. They consider this to be an un-Islamic element of Muslim religiosity, which they have adopted from other religious traditions. Thus, in classical Islam, Subha does not mean beads but an additional prayer at the end of the obligatory prayer. 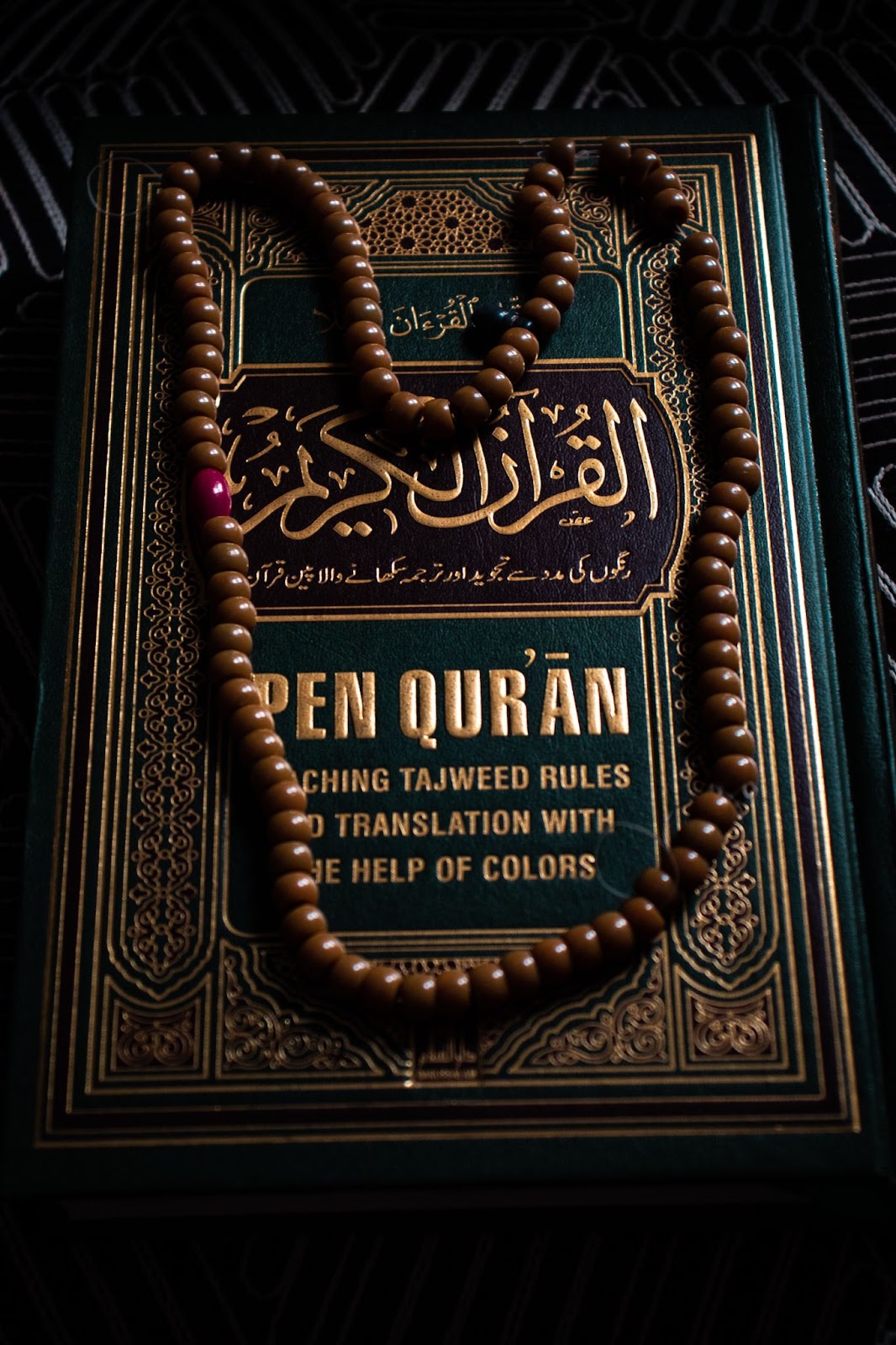 In addition to the variety of vocabulary, there are also many forms and many pronounced spells. The complete Muslim prayer cord consists of 99 beads divided into three equal parts. The sum of the beads reflects the number of the so-called "Most Beautiful Names of God." In practice, there are smaller cords, consisting of 33 beads, also divided into three parts. Separate groups are separated from each other by dots of different shapes or sizes. There is also a prayer for a thousand rosariies in the Muslim tradition, which is practiced at funeral ceremonies. This thread is applied three times, repeated on each bead: "There is no deity but Allah." 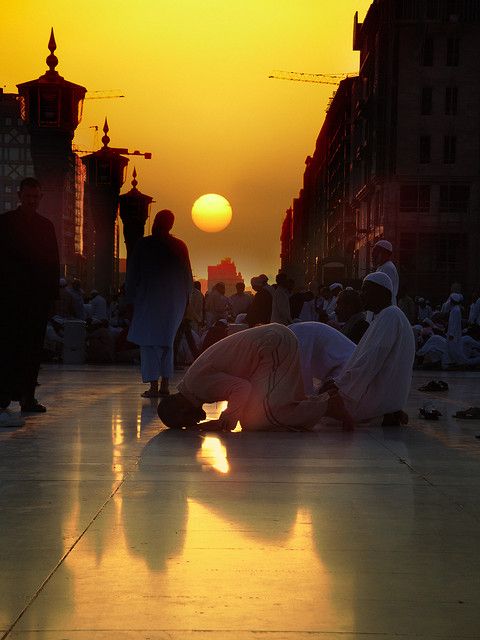 In addition to pronouncing the names of God and the aforementioned first part of the Muslim confession of faith (the so-called shahada), other formulas are also applied to the rosary. The most important of these are: "Glory to God" (so-called hamdala) or "May God be glorified" (so-called tasbih). Despite the use of different formulas, the purpose of prayer remains the same. The systematic repetition of the same chants or the uttering of the names of God should direct the thoughts of the Muslim to the reality outside this world and make him realize that God is the most important. Therefore, the prayer rope is used primarily for prayer. Please note that Muslims are not allowed to use it in any of the five obligatory prayers.

Muslims also believe that the prayer rope has the extraordinary power to bless and protect against threats and evil. Mothers put prayer cords under their children's pillows; drivers hang ropes with beads on the inner mirrors of their cars (Catholics do the same with rosary beads). On the other hand, members of some mystical (Sufi) brotherhoods wear prayer ropes around their necks to signify their membership and obligations. Among Muslims, especially in Islamic countries, there is also a custom to mechanically move the beads without giving up the call. A demonstratively worn cord is considered a symbol of belonging to Islam. 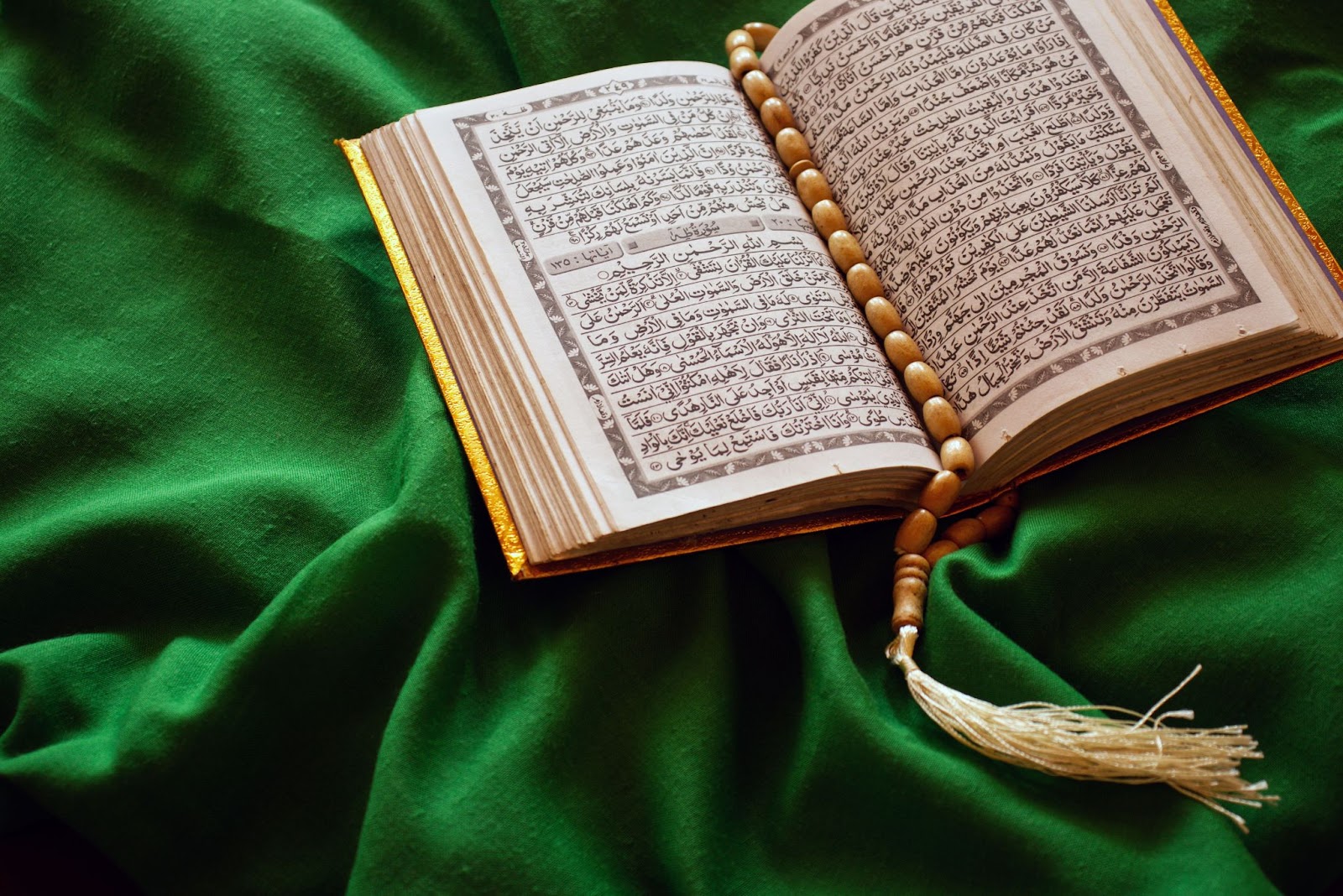 What does a pendant or a brush on a Muslim rosary mean?

In production, each bead is strung on a solid cord, after which the ends are connected. The threads are tied are symbols of faith in the One God, which is customary to decorate with an oblong bead. Also, a connector or a pendant in the form of a mosque, a crescent moon, Arabic words can be used for decoration. A brush made of several beads or threads with knots at the ends is not at all an obligatory attribute for Muslim rosaries, as many believe.

In Turkey, they say that Tespih can tell a lot about its owner. Apparently, experts can read in it the social status of the owner as well as the views or even personality traits. How is this possible? These religious gadgets are distinguished by, among other things, the material from which the beads are made, their size and number, as well as the harmony of colors and sounds that they produce during use. Apparently, the noblest Tespih is the one that is distinguished by the most extraordinary simplicity. Muslims, on the other hand, avoid the cheap and trendy beads found in tourist shops. Turkish men tend to say that Tespih is not their decoration but a life partner.

Are there any prejudices? Not necessary! Muslims usually assume that aspiring Muslim rosary holders do not value them ​​and often lose them, which, in turn, casts a shadow on the future of the relationship. Nowadays, Turks are also seeking to take advantage of technological advances by equipping themselves with an electronic depth that is placed on their finger and then, at the touch of a button, counts out the spoken names of Allah.

Is it possible to give a Muslim rosary as a present?

Muslim prayer ropes can be bought at almost every bazaar and souvenir stall. At the same time, when purchasing, there are specific rules and traditions. If the rosary is for a guy - don't spend too much money, but if it's for your father or uncle - then the seller is showing the most expensive and high-quality products! 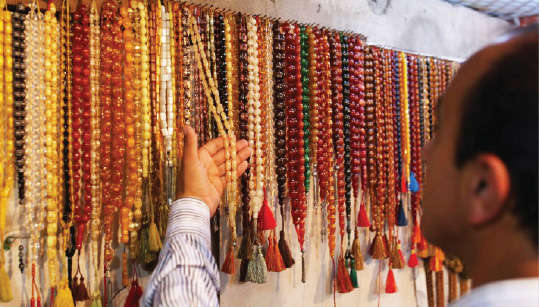 Today, rosary beads are trendy and are also used as an original gift. Muslim rosary can be presented not only for a religious but also for a modern holiday. It is a great gift idea for Birthday, Anniversary, Defender of the Motherland Day, New Year, Anniversary. A rosary is an unusual gift for a man, relative, close friend, colleague. Such a gift is considered a highly spiritual act. It is guaranteed to evoke genuine emotions in the recipient.