Many people far from Muslim culture are still outraged by the fact that women in the Middle East are treated differently from men. They must wear traditional clothing that covers the face and body. This belief stems from a lack of basic knowledge of Muslim culture. The reality is different. We must end this stereotypical thinking once and for all. Muslim clothing is a conscious choice for women and even a multi-billion dollar fashion market. Today we will talk about fashion in Islamic countries and what clothes Muslim women choose in Ukraine. 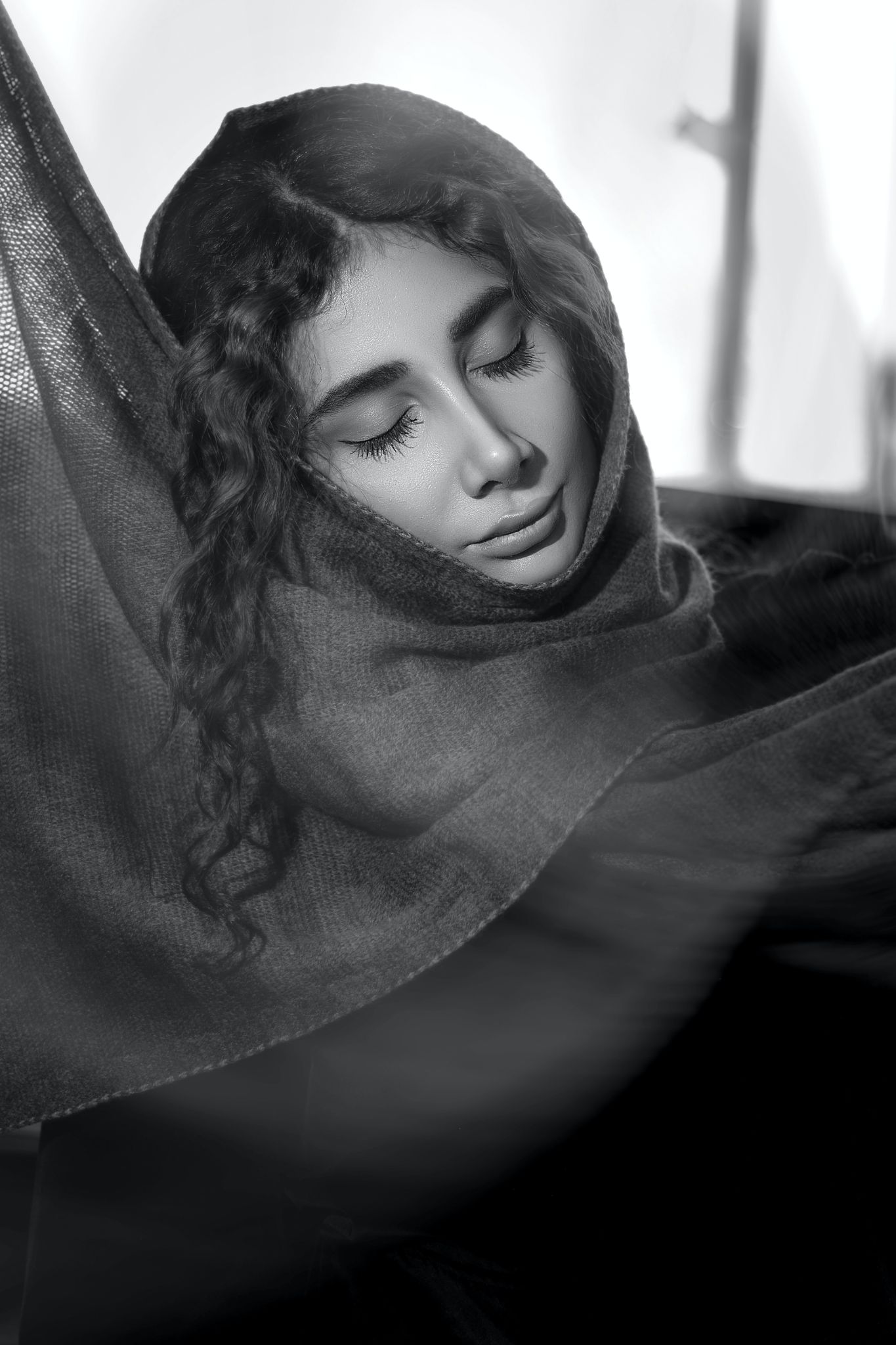 Clothing and religion in Muslim countries

In Muslim countries, many aspects of life, including clothing, are governed by religion. Is there anything strange about this? Far from it! The same is true for Europe and in other cultures. Why then are we still outraged by traditional Muslim costumes? The answer is relatively simple - Muslim culture is entirely different from the culture of Europeans. Residents of Ukraine simply cannot imagine someone telling them how to dress. However, at the same time, you will not come to an interview or to church in a revealing skirt or with a naked neckline. The same is true in Arab countries. Most people unfamiliar with this culture confuse tradition with disrespect for women. 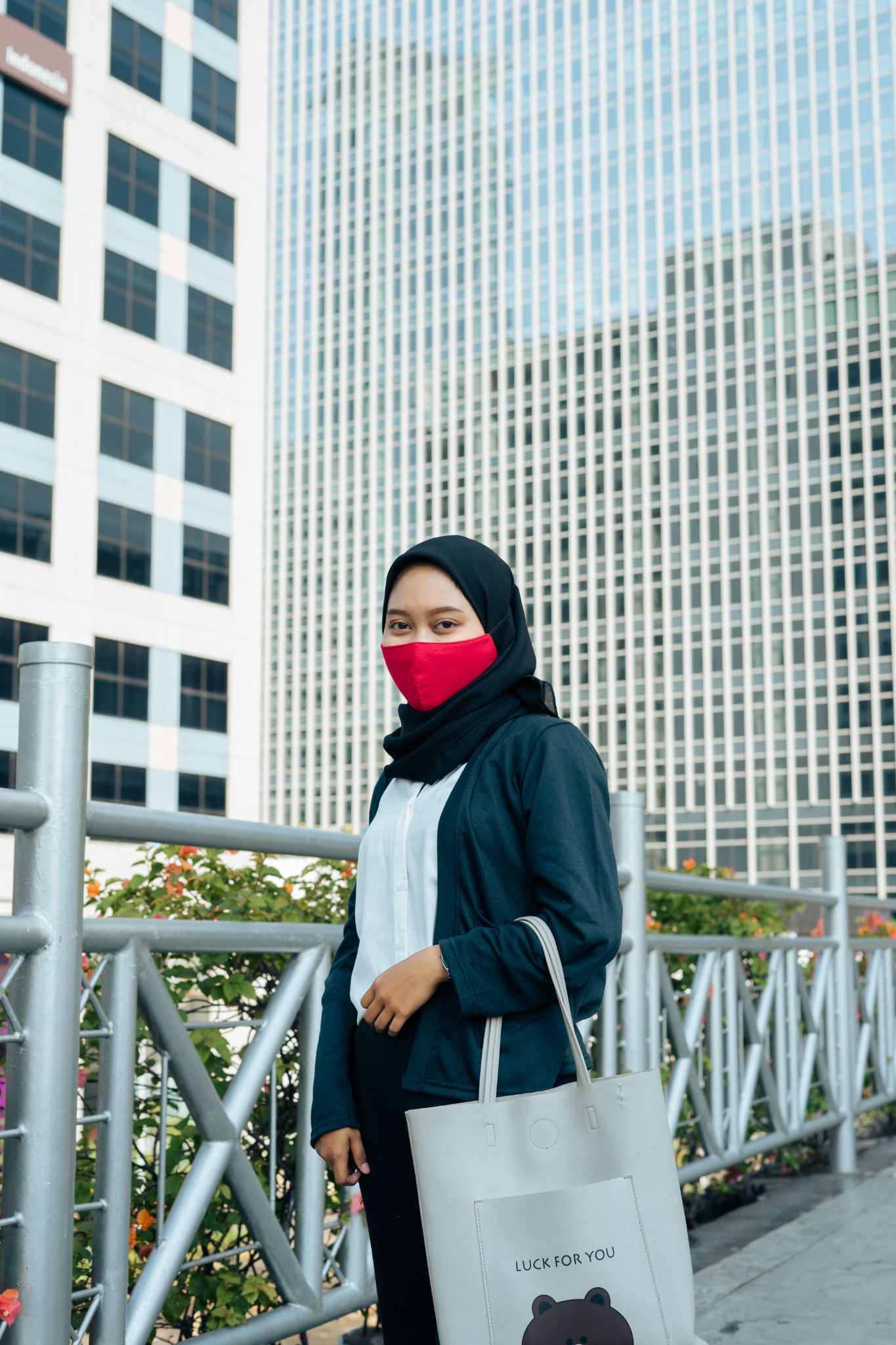 Muslim women and fashion - loyalty to traditions and principles!

One can be 100% sure: Muslim women are very attached to their traditions and religion. Everything that can and cannot be done, all the rules are enshrined in Muslim laws and religious sources such as the Quran and are strictly observed. However, here it is necessary to add an important point - women respect them voluntarily!

Muslim rules are clear - you need to cover private parts of your body in public places. Exactly the same as in Ukraine, isn't it? However, the difference is that these "private parts" are interpreted differently. For Muslim women, this is often the feet and neck, especially hair, which is considered one of the main attributes of femininity. Therefore, the most popular item of women's clothing in the Middle East is a scarf, the so-called hijab (translated as “hide from eyes / behind a veil”). You will be surprised if you enter a search term related to fashion and hijab. There are thousands of variations of this garment in a wide variety of colors and designs.

As for the fashion for costumes among Muslim women, they cause controversy, but only among uninformed representatives of other cultures. The followers of Islam themselves do not mind costumes. What is more, they defend their traditional costumes the same way they defend their faith, customs and culture. 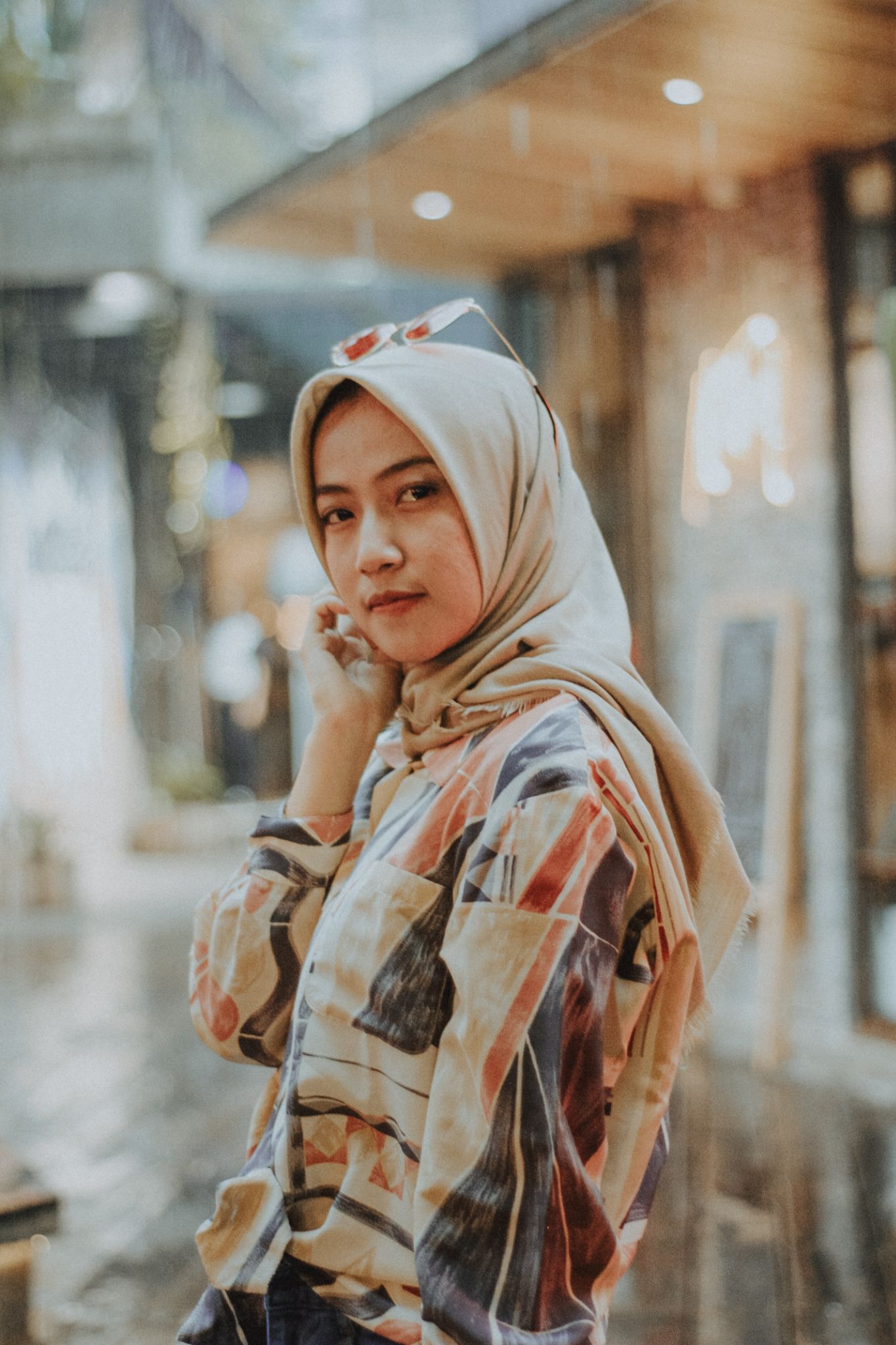 Each element of a Muslim woman's outfit has its own meaning or many meanings. The hijab scarf mentioned above is designed to protect the main attribute of a woman. Muslims also believe that a headdress preserves a woman's dignity and protects her from humiliation. In addition, the hijab is worn as a manifestation of faith, just like we Ukrainians wear crosses on a chain. Finally, it is an act of devotion to God.

Fashion in Muslim countries may seem not diversified enough. A Muslim woman's clothing is clothing that is worn to cover the body and face in public, as it should be in Muslim culture. Women adopt the burqa and abaya as casual wear to protect privacy in public and take them off at home. This has nothing to do with the abuse of women in Islam. On the contrary, Muslim women are very proud of this. 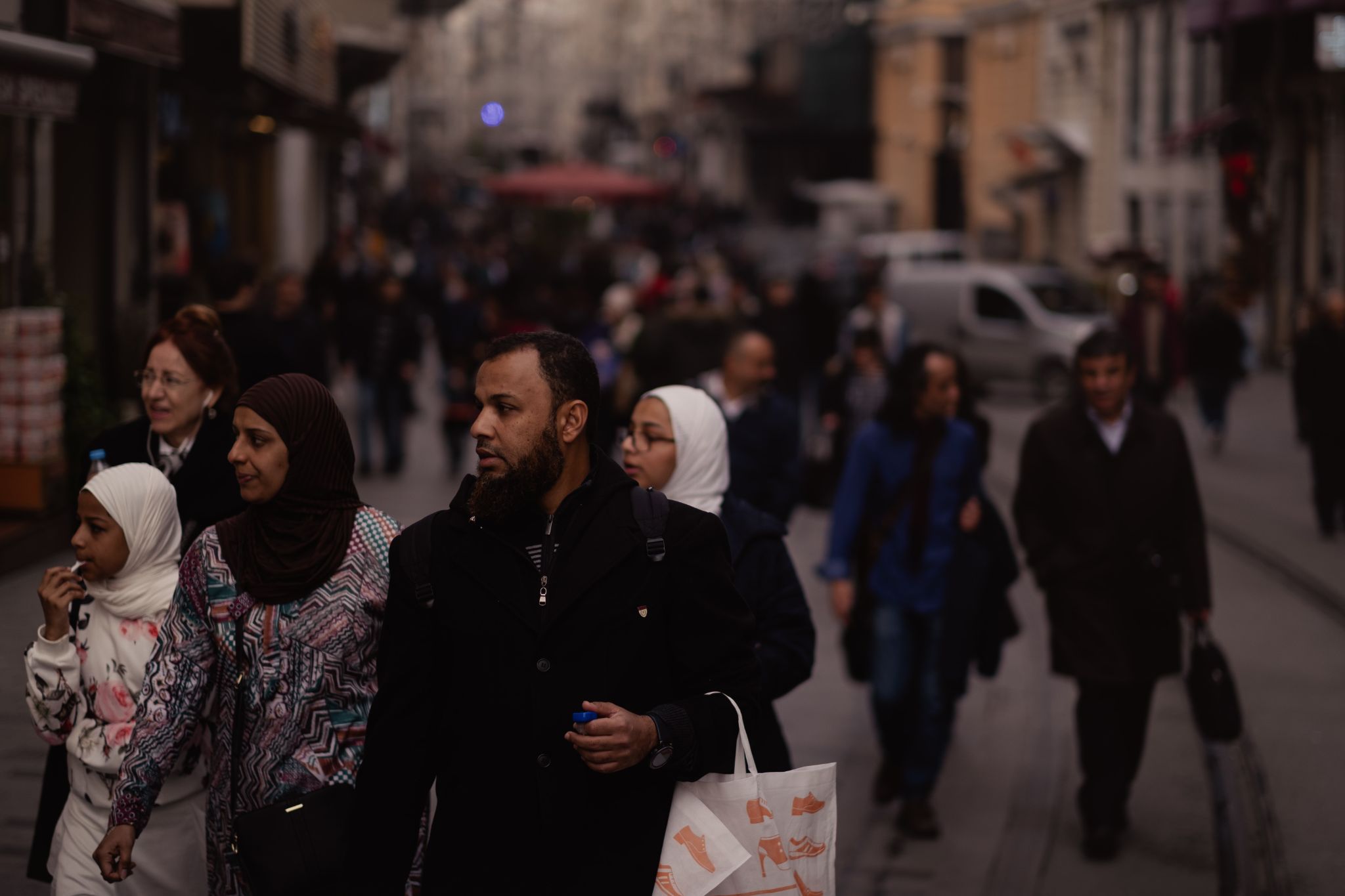 The old saying perfectly confirms the thesis - we are afraid of what we do not understand. What is strange in some cultures is common throughout the world. In fact, the Middle East is not much different from Europe. In this regard, we also have certain rules. Traditional Muslim clothing does not discriminate against women! Not at all. This is further confirmed by the fact that it is also created in accordance with new fashion trends and religious principles.

Fashion in Arab countries is doing well. The current fashion capital is Kuala Lumpur, where outfits are created for Muslim women who want to follow current trends. Dubai is not far behind. It was here that the first shows took place, which showed the whole world what a huge potential Muslim fashion hides. It's no secret that the industry is extremely profitable. And I must add that Muslim women are actively interested in new trends. Plus, the fashion doesn't end with the costumes themselves. Muslim fashion is full of accessories, including jewelry, shoes, bags, glasses, and of course, makeup. In 2014 alone, the value of the industry was estimated at $ 14.7 trillion. 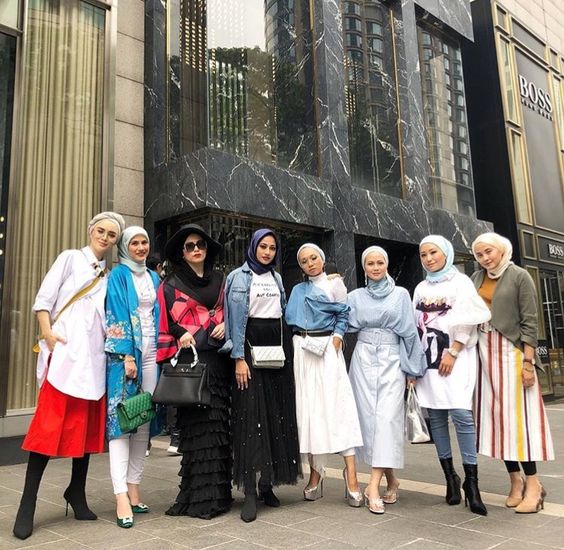 Muslim fashion is doing well. Many different events are organized in the UAE, Indonesia and European countries:

• Festival of Muslim Fashion in Indonesia.

• Arab Fashion World in London in 2009 (organized by the Arab-British Chamber of Commerce).

• Kaftan Festival and Ziryab Fashion World in London in 2015.

• Vogue Fashion Dubai Experience in Dubai (fashion shows for the richest in the business world).

One of Dubai's most recognizable fashion brands is Rouge Couture, founded by Sarah Al Madani. It is her creations that adorn numerous exhibitions. Usually, these are chic and elegant outfits that wealthier women from the Middle East are willing to wear. Abai by designer Badri Faisal, who created the Bleach brand, also made a splash. The hit of the brand in 2013 was the two-piece abayas.

The more complex abayas promoted by Amal Murad are also very popular. All offers are available in black and in blue and white with embroidery or fabric decor. So as you can see, Muslim women don't have to be as boring.

Authorities and investors, especially in Dubai, are well aware of the enormous potential of fashion. So it's no surprise that the Muslim fashion industry is booming, with new clothing companies sprouting like mushrooms after the rain. But, of course, Muslim women themselves are not lagging behind! Women found many companies. The cosmetics industry is also developing, for which Dubai is also open.

What clothes do Muslim women choose in Ukraine?

As in any other country, Muslim clothing can be an attribute of morality and be used as a means of self-expression. Such clothes must necessarily hide parts of the body from prying eyes, but at the same time, it must provide maximum comfort for a woman, regardless of weather conditions. Also, Ukrainian manufacturers of clothing for Muslim women consider that it should be aesthetically attractive and neat.

There is no such thing as Islamic fashion, but there are several specific principles that must be followed:

• Clothing must always cover the entire body, except for the face and hands.

• Clothes should be loose fit, made from durable materials that are not enlightened.

• Clothes have cardinal differences in comparison with men’s, differ from wardrobe items of Ukrainian women.

• Clothes should not be pretentious. Sharia law prohibits women from thinking exclusively about fashion. At the same time, women must take care of their appearance to always look dignified.

There is an opinion that women who profess Islam and live in Ukraine and other European countries should wear exclusively black clothes. In fact, you can see that this is far from the case. Indeed, every Muslim woman has the right to independently choose suitable clothes for herself, to be guided by her taste preferences. The main thing is that these clothes fit the above requirements. 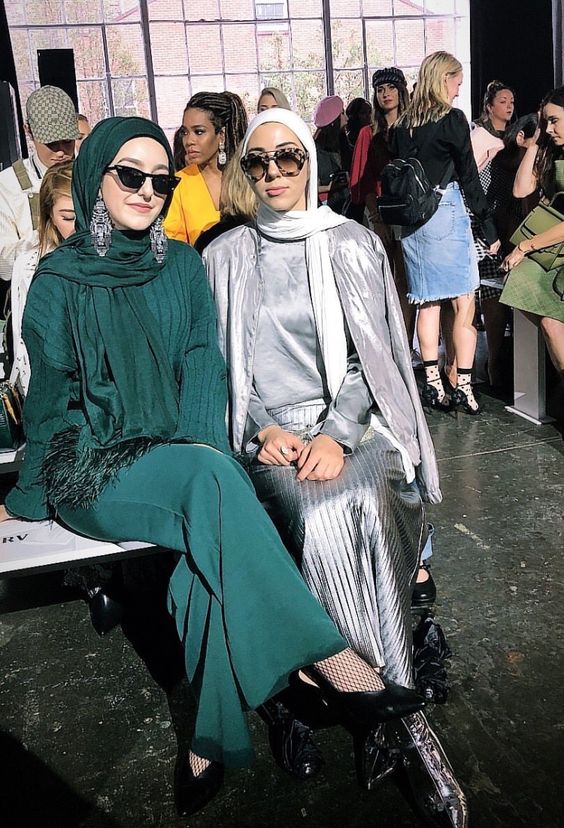 Where can you buy Muslim clothing in Ukraine?

Many websites offer a huge selection of Arabic clothing. Also in large cities of Ukraine there are specialized shops that sell clothes that comply with all Sharia laws. At the same time, such dresses are refined, beautiful, and practical.

Also, in Ukraine, you can easily purchase various accessories, from needles for hijabs to magnets for scarves.

Modern Muslim Clothing
What are the types of hijabs and where to buy them?
Hijab, burka, chador, niqab. What are Muslim women hiding?
Cosmetic
Fashion
Podcasts