Fashion is a very broad concept that covers various areas of life, applicable to almost all people in the world. In the West, fashion serves primarily to make people feel at their best, while remaining beautifully dressed. At the same time, the meaning and function of clothing is rarely mentioned. In this regard, trends and fashionable appearance in public space are important. The situation is completely different with Muslim countries. This is what we are going to talk about today.

The world of Muslim women's fashion and religion

In the case of Islamic countries, religion has a huge impact on almost all aspects of the life of the Muslim community. A very important role is played by clothing, which relates to the entire sphere of the sacred. Muslims follow the strict rules given to them by their religion. The concept of Muslim fashion generates a lot of controversy and interest, but scholars very rarely raise this issue in their studies, as can be seen in a small number of books on Muslim fashion.

The Quran leaves no doubt: a Muslim woman should dress modestly, tightly cover her body. This garment protects women from loss of honor and abuse, and men from overwhelming temptation. The Quran does not provide more detailed instructions, so individual theologians have been creating them over several centuries. Those who, on the one hand, have the right to interpret the verses of the Quran, and on the other hand, are often influenced by local customary law, understand the concept of modesty in different ways.

Someone claims that a woman can only show part of the skin around her eyes, while others are satisfied with a top with longer sleeves and a skirt or ankle-length pants. In theory, Islam appears to be the opposite of the fashion industry, but in reality it is not so obvious.

A problematic approach to Muslim fashion

The term "fashion" has many meanings, it represents a very complex evolution and is characterized by many factors that shape it. When we say that fashion is about costume making, advertising, consumption, publicity or sales, we do not fully reflect its meaning, because we are only referring to these tangible, measurable aspects. Describing Muslim fashion is quite problematic. Let's focus on the problem of Muslim culture and the clothing of Muslim women that relates to it.

Why is the hijab so important in Muslim countries?

Egypt is an example of a Muslim country in which followers of Islam constitute the overwhelming majority of society. Going on vacation to this country, you will quickly see this yourself. Whether you decide to visit the pyramids or take a cruise on the Nile, you will quickly notice the specifics of the costumes worn by the locals.

Religion in Muslim culture, to a greater or lesser extent, determines other areas of life. It has a significant impact on the day-to-day functioning of Muslim society. This also applies to the choice of clothing worn by Muslim women. This choice is subject to strictly defined rules. Muslim women should be modest first and foremost. In a way, this modesty defines the rules of women's clothing. Muslim clothing should cover all intimate parts of a woman's body from the eyes of a man. Any Muslim women's clothing must cover:

Muslim clothing should not be made of transparent material, it cannot be tight-fitting. Also, it cannot resemble men's clothing. 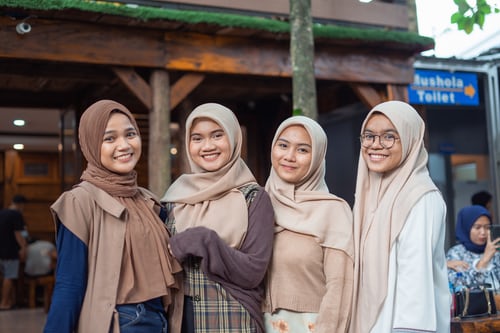 In the Islamic world, hijab can have many meanings, which, depending on the situation, can be interpreted in different ways. The religious imperative of women to be humble has become a practice today. In Muslim countries, this is a kind of defining factor in fashion. Through the hijab, Muslim women identify themselves with each other, define their identity. Let's face it, in today's world, most people define their place in society through clothing. In the case of Muslim culture, women who practice Islam choose a tradition that is deeply rooted in them.

It can be aptly noted that modern followers of Islam take pride in being Muslim and are very committed to cultivating the values ​​transmitted by Islam. Fashion isn't just about finding the right garments. These are not just a few pieces of material that are used overwhelmingly at certain times of the year. Fashion is a kind of communication through clothing.

How Muslim women dress at home and on the street?

Muslim women carry out their activities in two spheres - public and domestic. In the first case, women must adapt their clothes to local norms, but in the second case, religion leaves her more freedom. Within the four walls of their own home and surrounded by mahram men (that is, to such a degree of kinship that precludes marriage), Muslim women can bare much more of their bodies, although, of course, within certain limits. Whether the face that a woman shows on the street should be covered depends primarily on the degree of orthodoxy prevailing in a given region or practiced by a woman. The most radical solution is the niqab or burqa, leaving only the eyes and hands open, which, however, are often hidden in gloves, regardless of the season.

Less orthodox Muslim women limit themselves to covering their hair - although this is officially only allowed in a few Muslim countries. Most Muslims living in the Middle East prefer to wear the hijab. This is very important for the so-called peace of mind. Not all Muslim women share the views of Western feminists who equate hijab with backwardness and discrimination.

The Egyptian Maha wears a long hijab up to the navel, believing that in this way she fulfills the command of God. 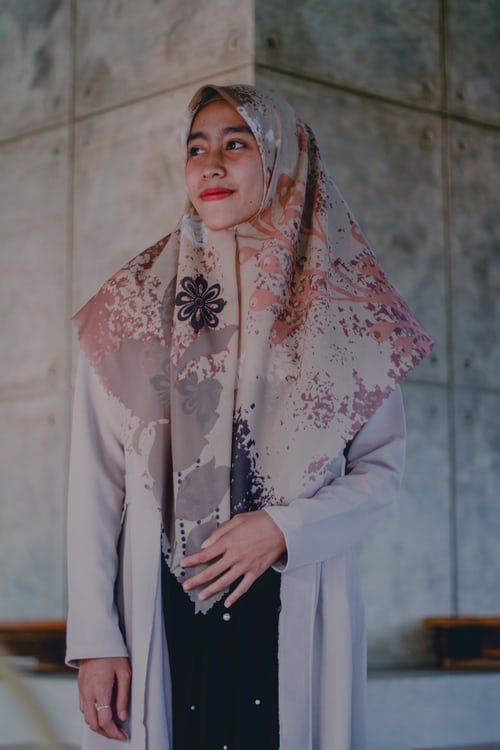 Salwa never covers her hair, citing the lack of such information in the Qur'an. However, she admits that for this reason she is sometimes harassed by men. 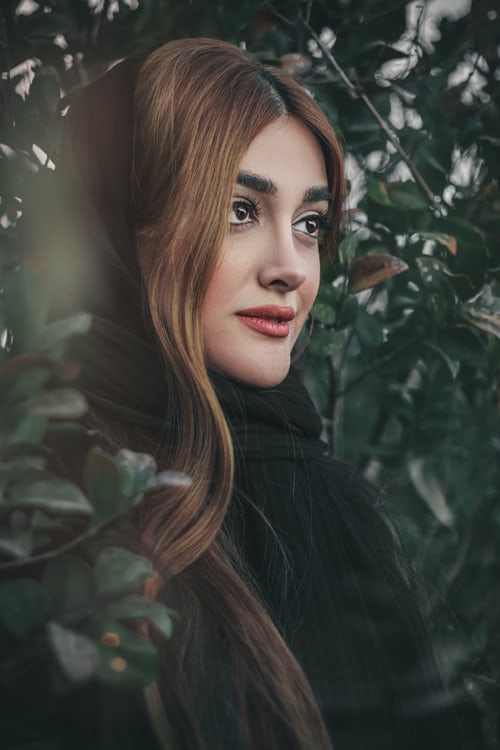 In India and Pakistan, most Muslim women confine themselves to the Hindu dupatta, which is a long, often ornate scarf that is loosely draped over the head, shoulders and chest. 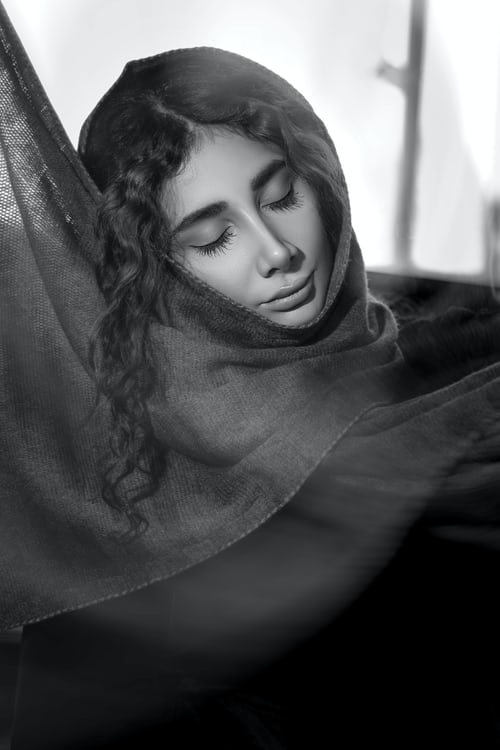 Religious or not, all Muslim women want to look after themselves and look good. The younger generation also believes that religion and modernity, including in fashion, can be combined, and modesty does not exclude beauty.

Should Muslim clothing be modest?

Over the fourteen centuries of Muslim culture, both men and women - especially in the upper strata of society - have learned to avoid modesty in dress. Yes, traditional clothes completely covered their bodies, but they adorned with bright colors, inlays of precious and semi-precious stones and beautiful embroidery. Today's fashion is no different - abayas are richly embroidered and colorful, including those sold in bazaars and intended for middle-class women. Young girls who do not like ethnic costumes most often choose "European" clothes: jeans, maxi dresses, long-sleeved T-shirts, combining them with a Muslim hijab. It can take many forms: covering only the hair and neck, hugging the shoulders, reaching the navel and covering the bust.

Young Muslim women compensate for their inability to show the unmistakable ornament of their hair with strong makeup - often the same as European women wear on evening walks and with fake eyelashes, which are also worn daily. The methods of covering the hair express the extraordinary fashionable creativity of Muslim women - the hijabs are colorful, match in color with other styling elements, and are often fancifully boarded up.

Young Muslim women derive their inspiration from fashion precisely from Muslim fashion festivals, which are increasingly organized in Arab countries, as well as from popular Internet opinion leaders. Wealthy Muslim women send their offers to the online stores of fashion bloggers, as well as young designers and designers who do not always even have their own boutiques. They offer styles in line with a modest fashion trend, that is, in accordance with religious principles and at the same time in accordance with modern, often Western aesthetics.

Hair care. Short hairstyles, and can Muslim women dye their hair?
What are the types of hijabs and where to buy them?
Hijab, burka, chador, niqab. What are Muslim women hiding?
Cosmetic
Fashion
Podcasts