In some Muslim countries, bitcoin exchanges have recently begun to gain popularity. This cryptocurrency is the most widely popular today, so its appearance in Muslim countries was only a matter of time. For example, the BitOasis exchange, based in the United Arab Emirates, operates in Kuwait, Bahrain, Saudi Arabia. Cryptocurrency platforms have also been created in Southeast Asia. Among the most popular of them are the Malaysian Coinbox and Bitcoin Indonesia. They offer services for buying and selling bitcoins. 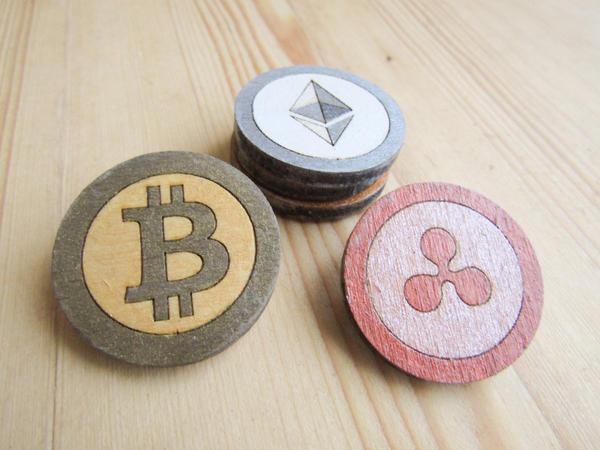 The global surge in interest in Bitcoin, Ethereum, and other cryptocurrencies is spreading to the Persian Gulf and Southeast Asia - the main centers of Islamic finance. But because they are products of financial engineering and speculation, cryptocurrencies have a hard time getting along with Islam. The principles of Islamic law, in addition to the prohibition of interest payments, emphasize real economic activity based on physical assets and condemn pure money speculation. So the question is quite reasonable - to what extent is the cryptocurrency system and participation in it permissible from the Sharia point of view? Let's answer these questions.

First of all, it would be useful to give a definition of  cryptocurrency. Wikipedia says bitcoin is a decentralized digital currency. To ensure the functioning and security of the system, cryptographic methods are used. The creation of this system is associated with bypassing government controls on currency movement. The cost of bitcoins varied considerably at different times. This cryptocurrency is highly dependent on how speculators operate. 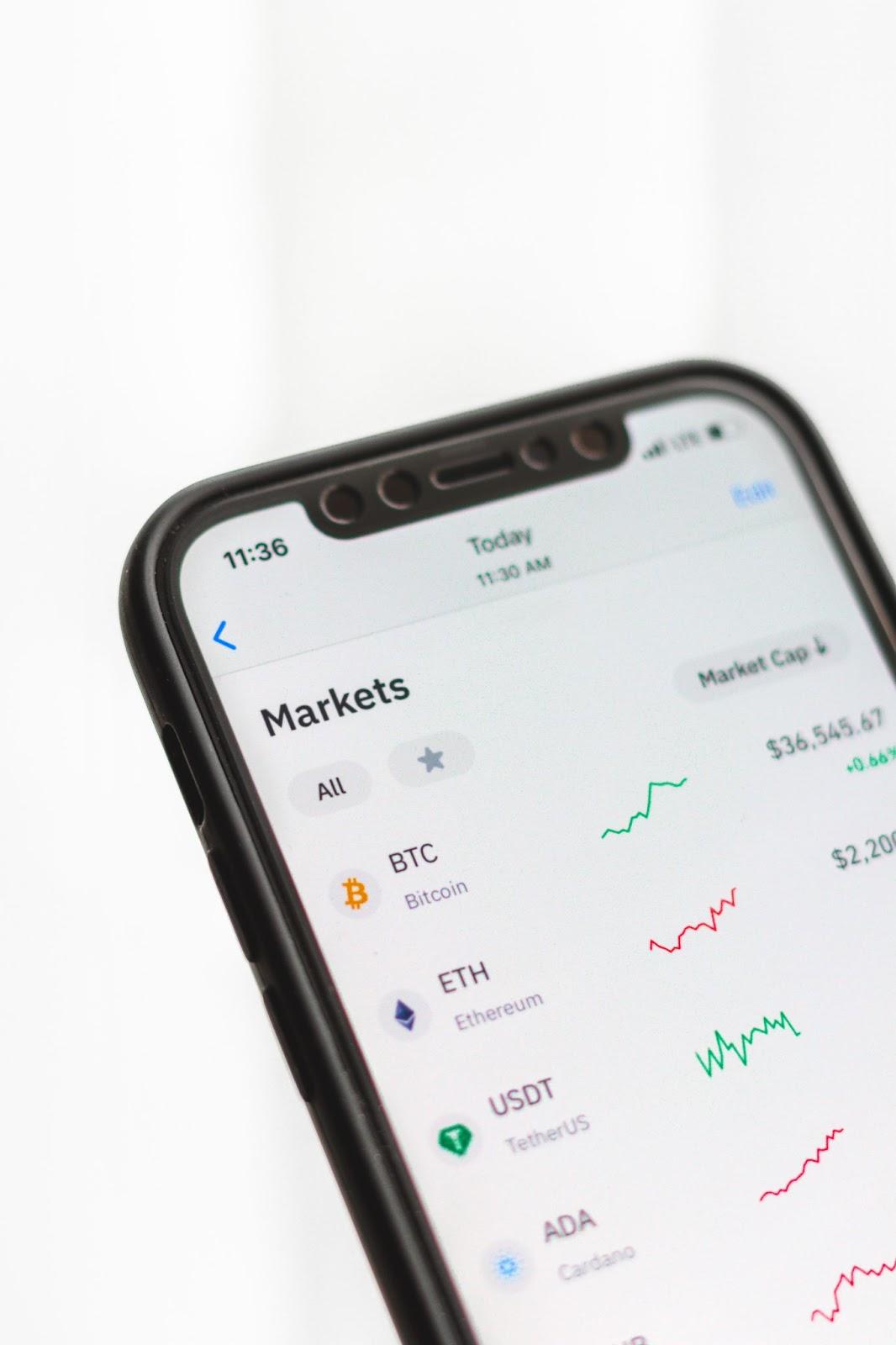 In simple terms, bitcoins are money that functions on the Internet. However, this cryptocurrency is not controlled by any government. The cryptocurrency has a certain similarity with Yandex Money or Qiwi, but the difference is that bitcoins are not tied to paper money or gold in any way, despite the fact that their price can be measured in dollars.

Is cryptocurrency considered a currency in terms of Islam?

Muslims make up 23% of the world's population, or 1.6 billion people worldwide. Sharia law, or Islamic canon law, prohibits lending money at high-interest rates, usury. The controversy began in the Islamic scholarship community after the rise in popularity of Bitcoin, which debated whether trading in virtual currency was a form of usury due to the volatility and huge profits and losses. As the fastest growing religion in the world, Islam has recently become a central issue for financial authorities.

The first discussion by the International Monetary Fund (IMF) of the needs of Islamic banking is an example of what is on the agenda. In Islam, basic commodities such as gold, silver, and salt are considered currency. Thus, digital or paper money is usually only permitted if it is backed by a commodity that has an intrinsic value and a constant exchange rate. For example, the gold standard allows for Sharia-compliant metal-backed coins. 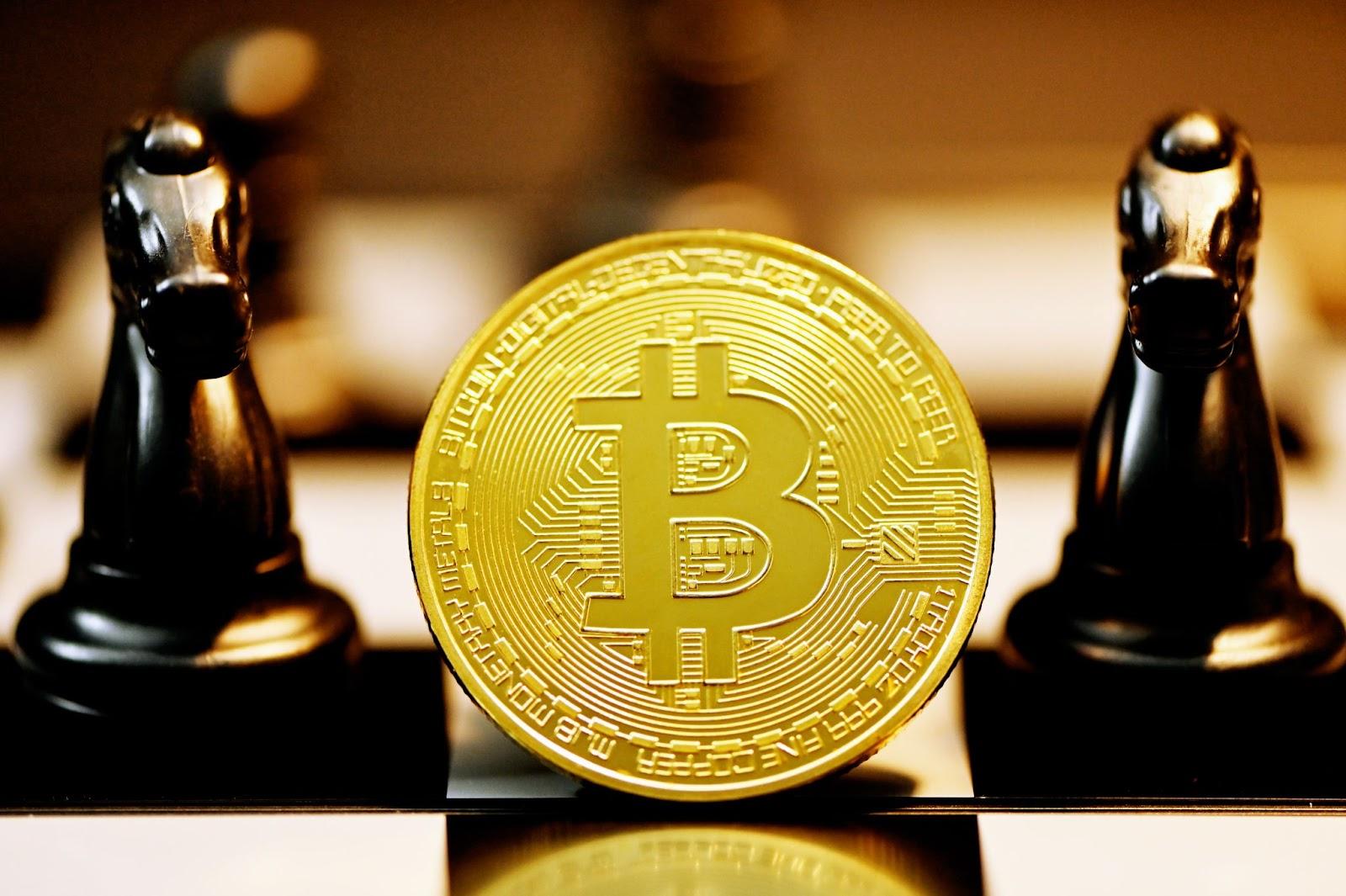 When it comes to ICOs and potential scams, it's no surprise that Muslims sometimes have a hard time finding an explanation. The idea of ​​garara (uncertainty) requires believers to avoid overly unreliable investments and other financial practices that might be considered irresponsible. Those who are versed in cryptography know all too well that this is a real asteroid field full of risks and empty promises. However, there are other rules in religion, according to which bitcoins are considered halal and very useful for Muslim finances.

National "Sharia authorities" have not decided whether cryptocurrencies are acceptable, and while several global bodies recommend standards for Islamic finance, no one has the authority to impose them. Many governments seem ambivalent, worried about potential instability but are unwilling to pass up the chance to benefit from new technologies. The central banks of Saudi Arabia and the UAE have warned their citizens about the risks of bitcoin trading but have not imposed outright bans. This leaves Islamic investors choosing between the sometimes conflicting judgments of academics from consulting firms, financial firms, and academic institutions.

The speculative nature of cryptocurrencies has sparked controversy among Islamic scholars about whether cryptocurrencies are religiously acceptable. Cryptocurrency companies seek to influence the debate by releasing instruments based on physical assets and certifying Islamic advisors as valid. For example, each unit of OneGram cryptocurrency is backed by at least a gram of physical gold stored in the vault. The idea is to limit speculation.

"Gold was one of the first forms of money in Islamic societies. So it’s appropriate", - says  Ibrahim Mohammed, the Briton who founded the firm with other investors last year. "We are trying to prove that Sharia rules and regulations are fully compatible with digital blockchain technology." At the moment, tens of millions of dollars worth of currencies have been issued. It remains to sell about 60% of the planned amount of coins. OneGram hopes to release them all before listing them on exchanges. OneGram received a decision that its cryptocurrency complies with Islamic principles from Dubai-based Al Maali Consulting. It is one of dozens of consulting firms worldwide that offer their opinion on whether financial instruments comply with Islamic law standards. 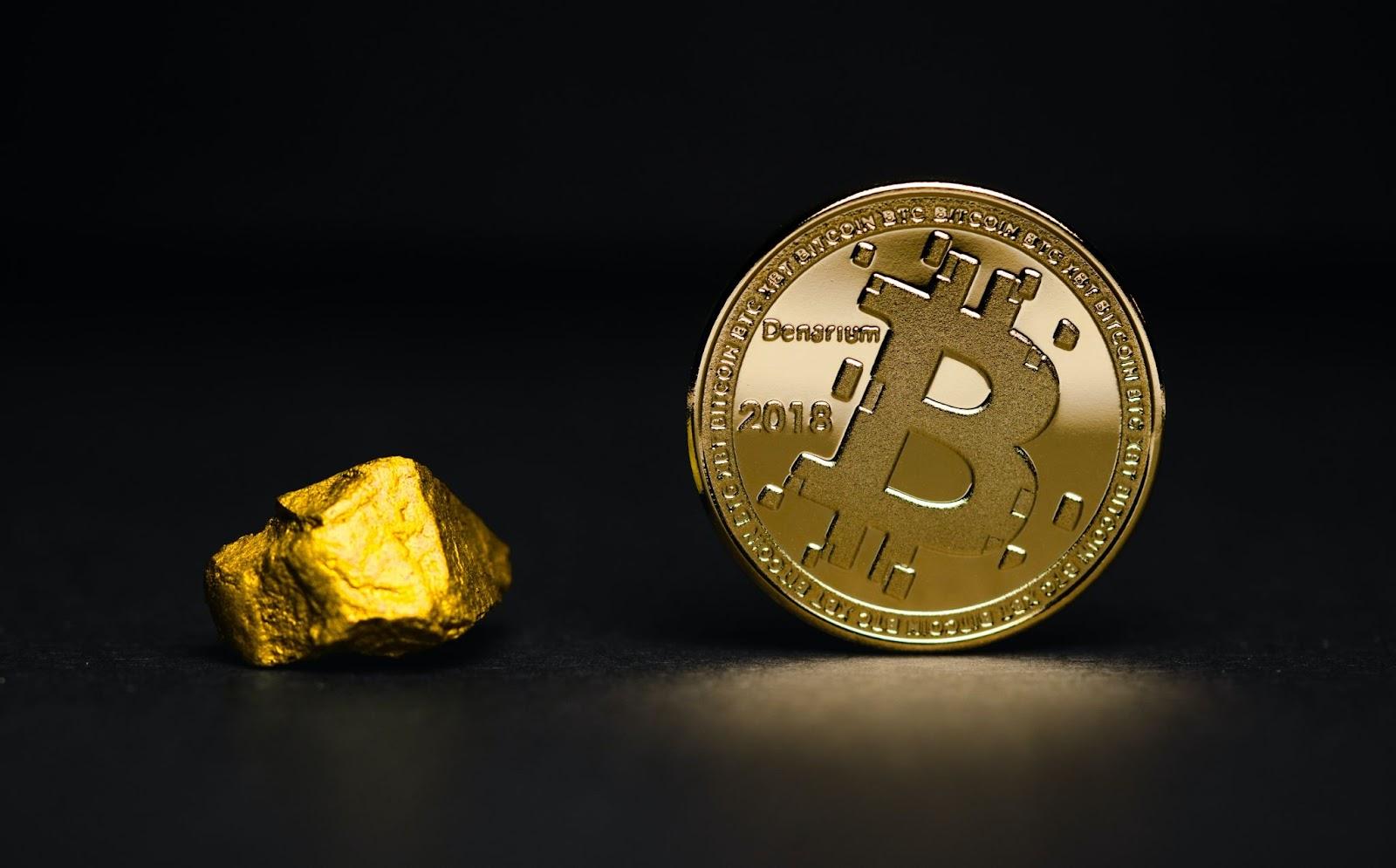 In Malaysia, HelloGold launched an initial offering of its gold-backed cryptocurrency, gaining endorsement from Islamic scholars Amanie Advisors in Kuala Lumpur. Manuel Ho, Chief Marketing Officer at HelloGold, said his coin is Islamic as transactions take place over some time, making them less volatile and addressing pricing ambiguity. Among other experiments, Halal Chain from the United Arab Emirates conducted an initial coin offering that linked to data on Islamic goods.

Sharia brings strong wealth preservation ideas that are spearheading ICOs and the volatile cryptocurrency market should be viewed negatively. However, the blockchain technology for Bitcoin is in line with the Sharia ideology. Only trades with banks and partial reserves are prohibited, where the possession of money is considered usury. 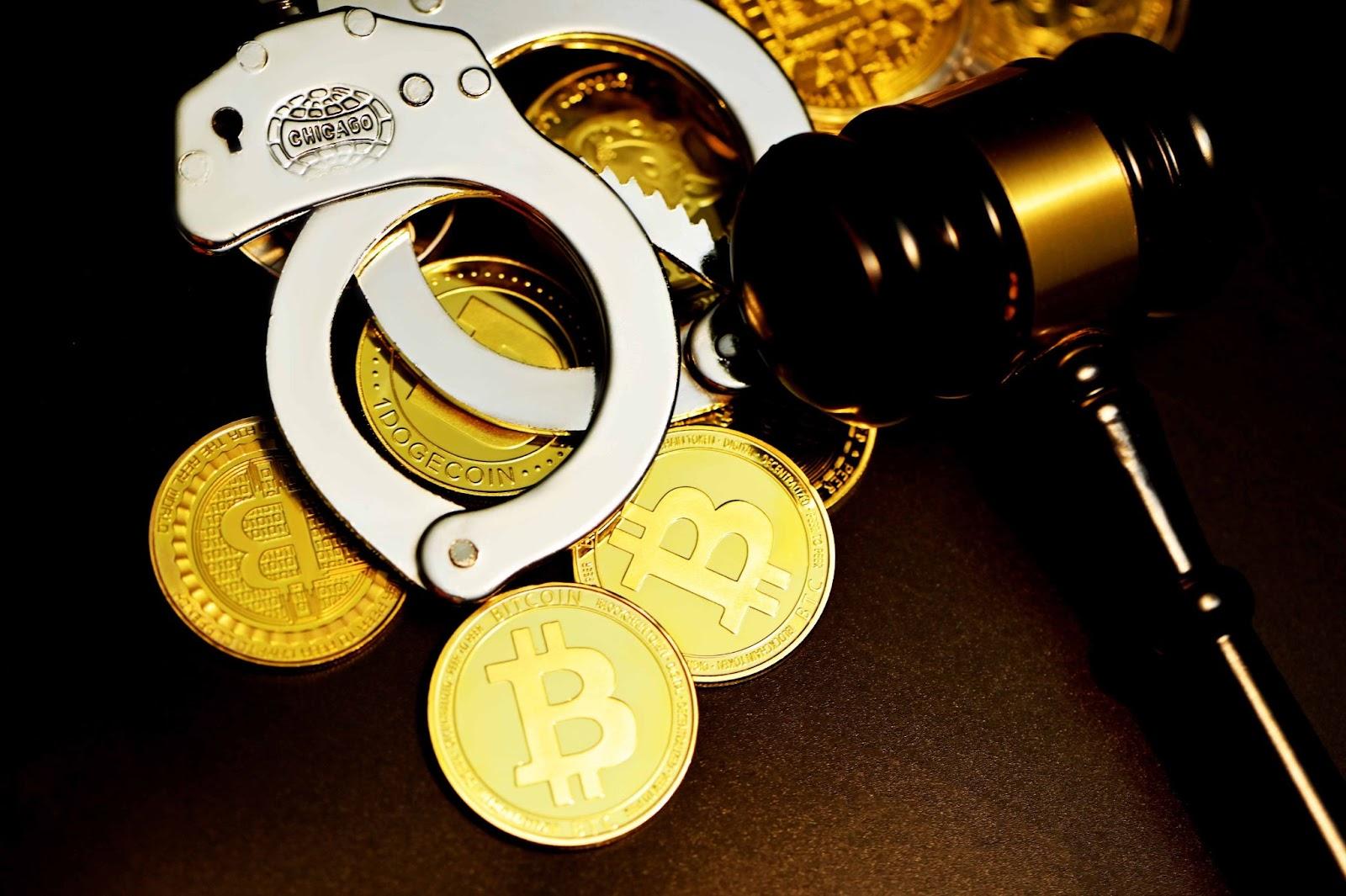 As blockchain proves ownership undeniably, this method becomes even more Sharia-compliant than those offered by traditional banking systems. The decision to open markets, previously limited to Muslim investors, could be the reason for the recent rise in bitcoin price because every fourth person in the world is a Muslim. The new rules were published just a day after the largest Islamic conference on cryptocurrencies, indicating that this problem has become urgent for Muslims.

The main arguments against bitcoins are high risks and uncertainty and the lack of backing with real assets. Moreover, the state also cannot provide any guarantees. Like everything intangible, the cryptocurrency market offers great opportunities for financial companies to speculate in the financial market, now with cryptocurrencies. In other words, any tools, like money, if used correctly, can bring good, and if used incorrectly, can lead to sad results.

Each of us knows the value of money. To get a reward, you need to work hard, apply knowledge and skills. There are specific rates of return for different sectors. But is there a justification for the profitability, which is due solely to the purchase of securities or the same money? Such investments do not require labor, skills, knowledge. Despite this, it is this kind of earnings that is gaining popularity among the younger generation. At the same time, there are no conclusions of scientists or fatwas that unequivocally indicate the prohibition of cryptocurrency. If you adhere to the principle of fiqh al-muamalat, everything that is not prohibited is permitted. Thus, Muslims are not prohibited from conducting operations with cryptocurrencies, and all risks and uncertainties must be taken into account. 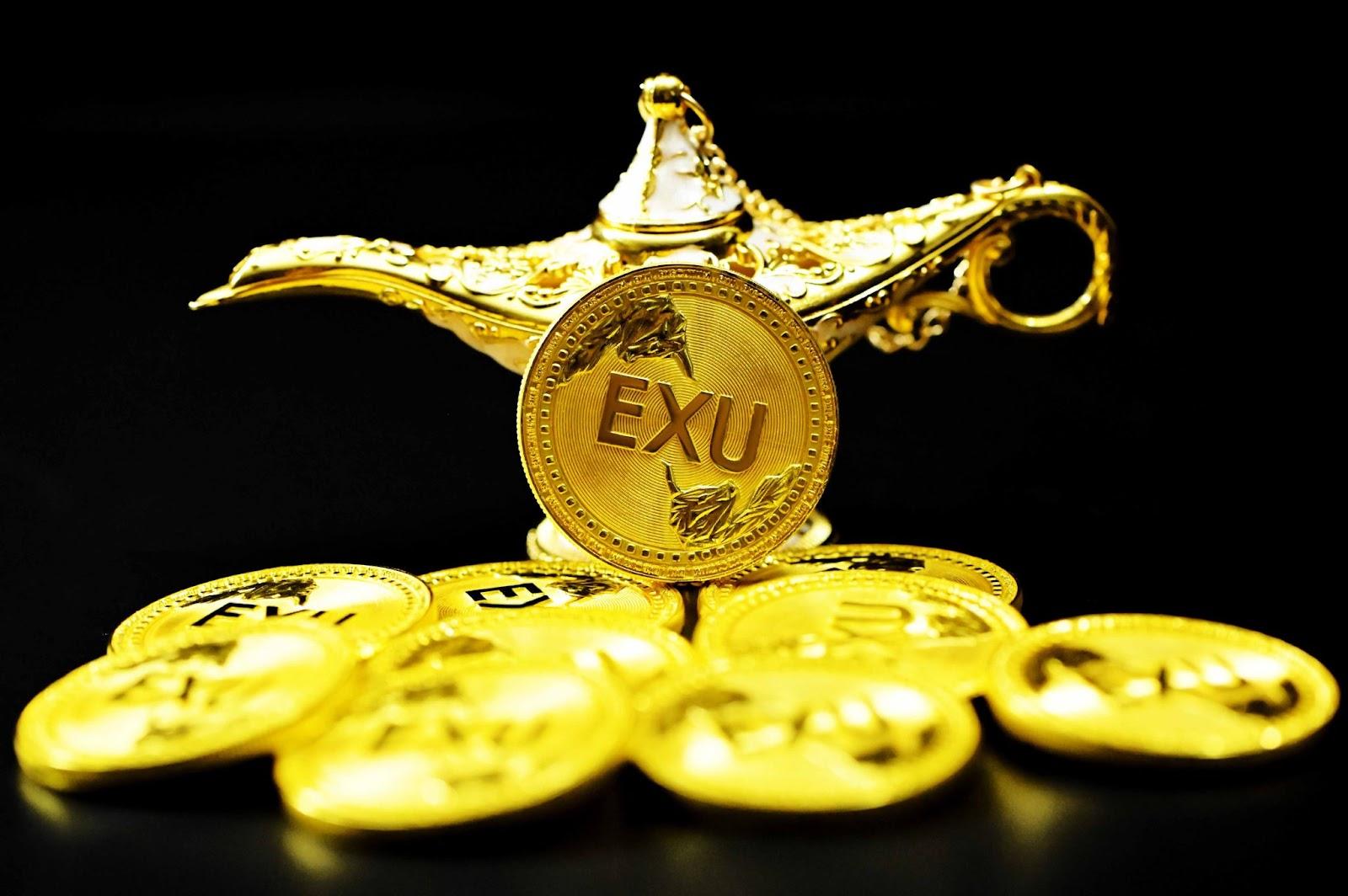 As in any other financial sphere, it takes time to develop a unified approach of Islamic scholars to this issue. However, most likely, with the further development of the cryptocurrency market, certain changes will be made to this topic.